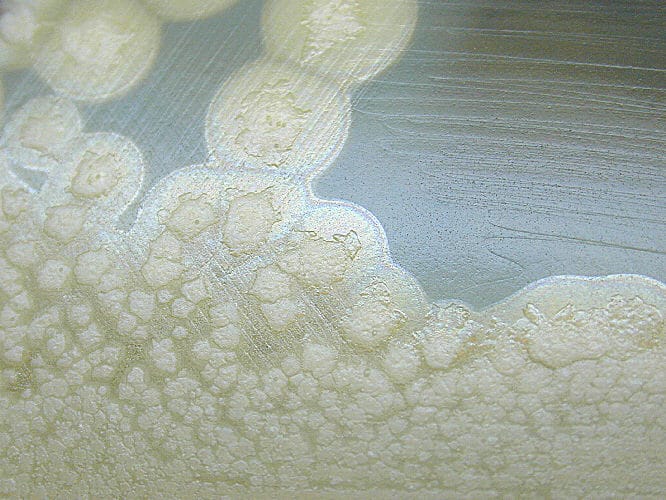 Today, many people view canning and preserving food at home as a hobby or means to become less reliant on their local grocery store. However, in the past preserving your food was actually a way of life. Food wasn’t as easily accessible as it is today and it often had to be preserved in preparation for the inevitably lean times ahead. So, when Nicolas Appert developed his method of canning in France during the 17th century, the world took notice. Unfortunately, there wasn’t much rhyme or reason behind early canning protocols. In fact, Appert’s reason for heating and isolating food from air was simply because he noticed that otherwise, it spoiled.

Today, we know that the main reason food spoils when  in prolonged contact with air is due to the presence of microscopic organisms that require oxygen to grow. A desire to kill these food-spoiling yeasts, fungi and bacteria is the reason why canned food is processed before being stored on the shelf. In particular, some bacterial growth in improperly processed can foods can even result in illness or even death.

It’s important to note that very few bacteria are associated with disease. In fact, there are many bacteria that provide us with crucial benefits like: nitrogen-fixing bacteria in the soil and those that reside in our gut. However, others aren’t so friendly and can actually provide a real danger when food is canned at home.

While it’s true that we have little to fear (aside from spoilage) from most bacterial strains that are found in food, a small subset are pathogenic. Pathogens are agents or organisms that cause diseases in humans if given the opportunity. Salmonella, E.coli (STEC), Listeria and Camptylobacter are four well-known bacterial pathogens found in food. While these bugs have been implicated in many cases of food poisoning, they pose little threat to the home canner and can easily be destroyed with moderate heat treatment. Clostridium Botulinum, the pathogen responsible for botulism, poses the biggest risk for the home canner. In fact, C. Botulinum is so dangerous that controlling its growth is really what canning safety is all about.

From Sausage Poison to Botulism

In the 10th century, the manufacture of blood sausage was outlawed by Emperor Leo VI of Byzantium due to the increasing number of food poisoning cases that resulted from eating them. Back then, people had no concept of microorganisms. However, they observed symptoms that resembled botulism as we know it today.

Approximately 700 years later, a German poet and district medical officer by the name of Justinus Kerner published the first accurate description of these symptoms and called the unknown agent “sausage poison”. The term was later renamed “botulism” after “botulus”, a Latin term meaning sausage. It wasn’t until 80 years later that Emile Pierre van Ermengen identified C. Botulinum as the bacterium responsible for these symptoms. This was after Appert first discovered how to can food, and after many had already died from the deadly toxin that vegetative (actively replicating) botulism produces.

The Life of C. Botulinum

So, let’s talk about this toxin, and why it’s so prevalent in any discussion involving safety while canning. C. Botulinum produces a deadly neurotoxin that acts by severing the “docking ports” of synaptic vessels. It’s so dangerous that even 1 millionth of a gram can kill a person, making it the most lethal poison in the world. Even scarier is that C. Botulinum is everywhere, residing in the soil as well as most foods.

So, if the bacteria causing botulism is found everywhere, wouldn’t everyone on earth be paralyzed? Fortunately, this isn’t the case because the pathogen is anaerobic- meaning that it hates oxygen. Consequentially, when the bacterium comes into contact with the atmosphere, it builds a wall around itself and lives as an inactive spore. Botulinum spores are unable to release botulism toxin but are extremely durable. Able to exist for thousands of years until their environment is suitable for germination. Botulism toxin is only released when the spore’s environmental conditions become supportive of this germination and growth. Specifically, these conditions are:

Each one of these conditions is fulfilled in a jar of canned low-acid food, making for a dangerous breeding ground. A knowledge of effective processing protocols and an understanding of microbiology principles is critical for successfully controlling botulism. For this reason, it’s extremely important that you only follow recipes that have been approved by a processing authority (like the USDA).

There are two ways to control C. Botulinum during the canning process.

Germination and growth of botulinum bacteria is not possible within the confines of a spore wall. Luckily, bacterial growth can be inhibited by two controllable factors: acidity and water activity.

Spores of the Botulinum bacteria germinate when they find themselves in conditions that are favorable for growth. Only then do they produce their deadly toxin. Spores are present in most foods, both high acid and low. Why then are high-acid foods safely processed at 100 degrees Celsius for 10 minutes while low-acid foods are not? Simply, because C. Botulinum is unable to leave its spore and grow in an acidic environment. Some foods are naturally acidic (fruits, an juices) while others can be acidified (cucumbers by acetic acid) or fermented (sauerkraut). The high protonic force of these foods mitigate the need to kill the spores through pressure canning.

Please be aware that it’s still possible for the Botulinum bacteria to grow in high-acid food. Multiple cases where low-acid foods were improperly acidified resulted in internal regions of botulism. Further, if high-acid food is improperly processed, many strains of fungi can live and produce local pockets of non-acidity, facilitating bacterial growth and formation of the toxin. Unless you’re a food scientist, you probably aren’t qualified to rely on acidification to prevent the growth of botulism, so follow an approved recipe!

Have you ever wondered how bacteria eats? They have no mouths, teeth or traditional digestive tracts. Instead, they absorb nutrients that are dissolved in water. Without water, bacteria cannot eat and therefore won’t grow! The amount of water that is available to a microbe is measured by the food’s water activity, or Aw. Lowering this metric is the primary factor behind the preservative power that you get from using a dehydrator.

Lowering the Aw of canned food is more difficult, and not overly practical. Added solutes (salt or sugar) grab a portion of the water in your food, limiting its availability to the microbes. A concentration of about 10% salt will effectively prevent germination of Botulism spores in your canned food. However, such a high concentration of salt isn’t very appealing when it comes time to eat your creation.

Instead of messing around with acidity and water activity, the best way for the home canner to control the growth of C. Botulinum in low-acid foods is through pressure canning. Pressure canning allows you to achieve temperatures high enough to kill the spores in a smaller amount of time. Again, following recipes that have been approved by a processing authority is the best way to ensure a safe product!

While the botulinum spores are heat resistant, the vegetative bacteria and toxin that it produces are not. In fact, the toxin is nothing more than a protein which is easily denatured at the temperature of boiling water. Boiling your canned food for 10 minutes prior to eating is considered good practice.  Doing so will ensure that your food is toxin-free when you want to enjoy some home-canned cuisine with your family.

During this time of disrupted supply chains, we are not being provided with precise ETA’s from manufacturers.
Please continue to keep checking our website for updates. Our online store is updated within 24 hours of product arriving at our warehouse.
We encourage you to place your orders on-line and choose one of the options for delivery or pick-up at checkout.
For Pick-up: Enter the door marked "ONLINE ORDERS - CUSTOMER PICKUP". If you arrive and find someone in the space, please wait your turn in your car.
COVID-19: Please follow physical distancing and general public health guidelines when visiting Wells. Thank you. Dismiss