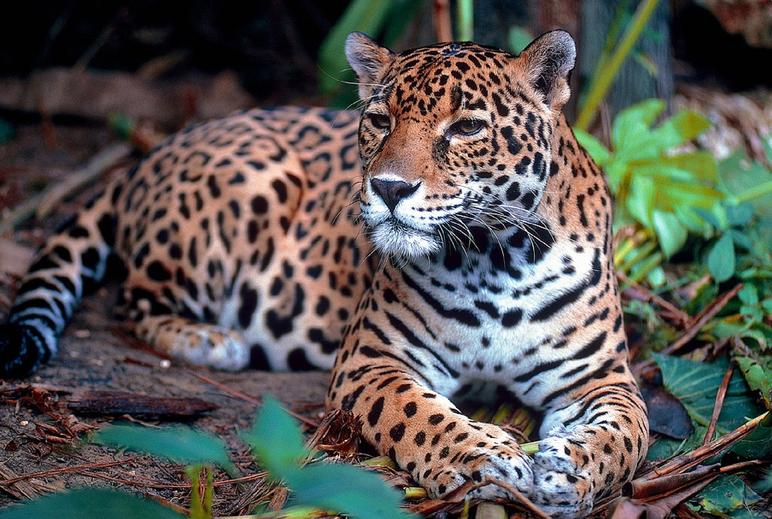 In general, self-sufficiency can be thought of as complete autonomy from any outside help. Is that possible though? To be a homesteading hermit with no input from the outside world? My gut says no, but we should probably dive in a bit deeper. To answer this question, let’s look at the animals. The animal kingdom is rich and diverse, overflowing with a massive number of species. Many of which are solitary, meaning that they live alone in order to avoid competition from members of their own species (like the mighty jaguar). Does their ability to survive with a solitary lifestyle equate to self-sufficiency? Not really.

A Lesson from the Animal Kingdom

Enough with the questions, let’s find some answers. For an animal to be self-sufficient, it must be autonomous without any outside help. For this to be true, the mighty jaguar would have to be able to survive and thrive in the absence of all other animals. Unfortunately, in reality this isn’t the case. Animals live in communities, which are networks of interdependent organisms living in close proximity to each other, engaging in both positive and negative relationships. Three primary types of species exist within a community.

Animals Contribute to their Communities

All three of these types of species are critical for the health of their community, as well as for the individual animals that comprise it. Foundation species maintain the environment while the keystone species preserve biodiversity, ensuring that  a community is energetic and competitive. Further, the native animals of a community in combination with some outside help (humans) must suppress the dominance of invasive species to survive. Hopefully, you can see that solitude doesn’t necessarily equate to self-sufficiency. Even solitary animals live in communities and are very dependent on outside forces.

You and me baby ain’t nothing’ but mammals. We’re no different, incapable of ever being truly self-sufficient outside of a community.

You may think that animals needing other animals isn’t great evidence for the impossibility of true self-sufficient living. I don’t blame you. In fact I agree that it’s a different scenario for humans. The example of animal communities is simply a metaphor. Animals depend on other animals to survive, so they live in communities. The fact that they cannot survive on their own is a result of biology. The same goes for humans, but in a broader sense it’s also a result of our psychology and need for practicality.

Do we really want to exist outside of a community?  One controversial study from the 1950’s performed by Harry Harlow illustrates how dependent we are on others. Harlow took baby rhesus monkey’s and placed them into what he called the “pit of despair” for up to 12 months. Completely isolated, they quickly lost any hope of escape. Once removed, Harlow noticed that the monkeys were incredibly disturbed: Staring blankly, rocking in place and mutilating themselves. Those left in isolation the longest never recovered, their social abilities were decimated.

Humans have been the subject of similar studies in the past.  In 1951, an experiment at McGill University isolated graduate students in small cells containing just a bed. They wore blindfolds and had only white noise to keep them company. All of the participants were broken within a week. The point is that isolation from community can have devastating effects on the psyche of a human being.

A community is also a source of practicality. Providing a framework for trading and bartering and allowing its members to supplement what they produce themselves. No one person can produce absolutely everything required for a good life. Even if they could, why would they? Societies have developed for a reason, to share the workload.

It may be best to consider self-sufficiency as a noble dream to aspire to while focusing more on developing a level of self-reliance. Self-reliance can be thought of as a way of living where you produce as much as you can for your own use, but do so in the confines of a community. You contribute to the community, and subsequently benefit from it. For example, the mighty jaguar is solitary and therefore self-reliant. It finds its own shelter and water, hunts for its own food and protects itself. However, it needs a community for survival and contributes to that community through its role as a keystone predator. This kind of mutually beneficial relationship between self-reliance and community illustrates a kind of communal self-sufficiency.

Self-Reliance in our Modern Communities

So, how do you become more self-reliant in today’s modern, dependent and fast-paced society? You don’t necessarily need to go out and buy a large patch of land and start a homestead (Good for you if you have though!). Society is unstable, but the communities within it are strong. Self-reliance today entails contributing to and benefiting from the communities produced by society while preparing to deal with the problems that may result from it. Stockpile food, water, power and start implementing the pillars of self-sufficiency. But, take advantage of and enjoy the supplies, resources and people that your community provides.

Please leave us a comment, we’d love to hear your views on self-reliance!

Great news! We are open and back to normal.
Please be aware that at this time of continued disrupted supply chains, we are not being provided with precise ETA’s from manufacturers.
Continue to keep checking our website for updates. Our online store is updated within 24 hours of product arriving at our warehouse.
We encourage you to place your orders on-line and choose one of the options for delivery or pick-up at checkout.
For Pick-up at the Burnaby Warehouse: Enter the door marked "ONLINE ORDERS - CUSTOMER PICKUP".
COVID-19: Masks are NOT required. Please be considerate of others when browsing in the store by following general public health guidelines. Thank you. Dismiss